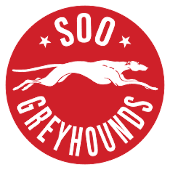 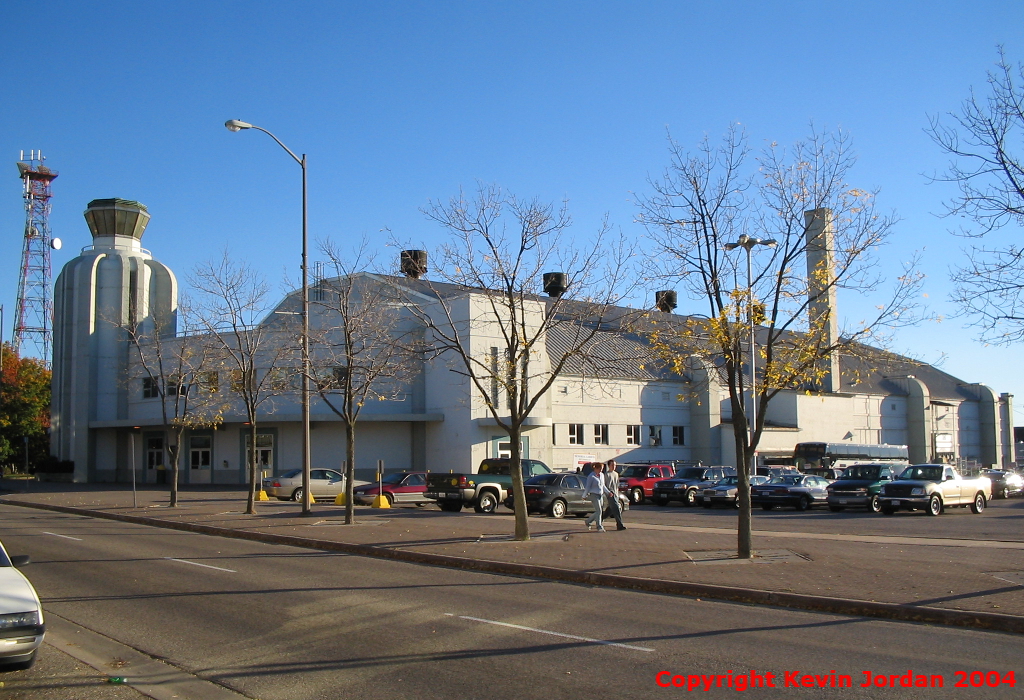 At the time of its demolition, the Sault Memorial Gardens was the OHL's second-oldest arena and probably the most beautiful, with its whitewashed Art Moderne facade and barrel-roofed profile. The rink was located in the heart of downtown Sault Ste. Marie, and the location was so good that the new Essar Centre was built right next door. The Gardens was also within a short walking distance of the station for the Agawa Canyon Railway and the St. Mary's River, which contains the famous Sault Locks. The main entrance on Queen Street had a large tower which has a beacon lit within it on gamenights, and acts as a part of the Sault's civic war memorial. When the Gardens was demolished, the tower was saved, and is still a permanent war memorial for the city. Inside the tower is a small hall of honour to remember the war dead.

When you first entered through the arena doors you saw wrought-iron gates and a large ticket office. The main lobby was cozy and small, done in tasteful green, and once through the gates you saw the small team store, a snack bar, and a large sign that said "Welcome to the Home of the Soo Greyhounds", along with a lot of paw prints. From the lobby you could either climb stairs that led up to the main top concourse, or simply walk down a hallway and emerge at ice level.

The first view of the interior of the Gardens was as impressive as any in the league. The ceiling was high and covered in reflective silver cladding, and there were well over a dozen championship banners hanging from it in addition to the retired numbers. All of the seats were painted different shades of blue, starting in a medium blue near the ice and lightening to a barely-there sky blue near the top. All seats were wood, and apart from the first few rows, they weren't very comfortable. The last row of each section simply had a flat wooden bench as a seat, and in the ends most seats seemed to be a couple of two-by-fours nailed together into a vague seat shape. Saginaw's movie theatre seats, these were not. Another strange aspect of the seating area was that the arena had more seats in the ends than on the sides, but the difference in elevation was not levelled by steps but by a ramp. As a result of this (or possibly just bad planning?) there were four full sections in the Gardens in which every single seat was tilted on a diagonal angle. If you were unlucky enough to have a seat in one of those sections you had to be careful not to slide off the end of the bench!

The building specialised in crazily-cantilevered boxes and platforms hanging over the ice. In addition to a press box and what appeared to be a small number of private suites, there were small booths all over the ceiling. They must have provided a fantastic view. The arena's concourse ran around the top of the seating area. The Hounds' team offices were located in one end of the arena, and there were trophy cases and such displayed around the concourse. There were also signs everywhere - "Go Hounds Go" - "This is where legends are born" - and so on. The Greyhounds took their tradition seriously in the old building, and it was very nice that they managed to bring some of that tradition to their new building. The best part of the arena sat high above one end, though - there was a memorial fresco featuring stained-glass and an angel, commemorating the war dead. It was a beautiful reminder of the "Memorial" purposes of the Gardens, and in a wonderfully classy move, it was saved and moved to the new Essar Centre, where it still hangs in roughly the same spot.

The old arena's peripherals were poor, as might be expected from an ancient and unrenovated building. Descending into the washrooms was almost a mediaeval experience as you dropped into the dank bowels of the Gardens. The scoreclock was old and had a number of burnt-out bulbs, plus it was never designed to display player numbers in the penalty slot anyway, which seemed to be a strange oversight. Paint was peeling, and while the building was kept clean, it would have needed a lot of work to bring it up to modern standards. Sound quality was average; not murky or difficult to hear, but not clear and precise either. The announcer was fine - not annoying in the slightest. Fan support in the Sault was terrific as well. The old building's atmosphere rocked, and the Hounds were always among the league's best in terms of crowd noise, clever heckling and fan support.

I don't generally mention the food at most OHL buildings, as I'm not a fan of arena food anyway and it's a lot of money for reheated mediocrity, but it would have been a gross disservice to the Gardens not to mention the eats. Not only was the food good - delicious Italian sausages, grilled to order, with real sauerkraut and hot peppers, for example - but it was ridiculously cheap. You could have eaten a full meal at the Gardens for the price of a small beer in London or Ottawa.

The Sault Memorial Gardens is now consigned to the history books. A new arena in Sault Ste. Marie has guaranteed the future of the Hounds for decades to come, and while it is a shame to lose such a historic and beautiful old building, it was obvious that the Greyhounds would not have been able to compete with southern teams playing in newer rinks while playing in the old Gardens. The old rink's facade was beautiful, the war memorial moving, the food good and cheap and the atmosphere fun, but it was clearly not up to modern standards. Along with its northern counterpart in Sudbury, the Sault Memorial Gardens was old but never beaten. The Gardens stood not only as a tribute to the fallen soldiers of the wars, but also as a tribute to the resilient spirit of Northern Ontario's distant OHL hockey teams, which face their own obstacles with humour and with pride. It fell honourably and with dignity, and its tower still shines out into the northern winter night, a reminder of the history of Sault hockey. 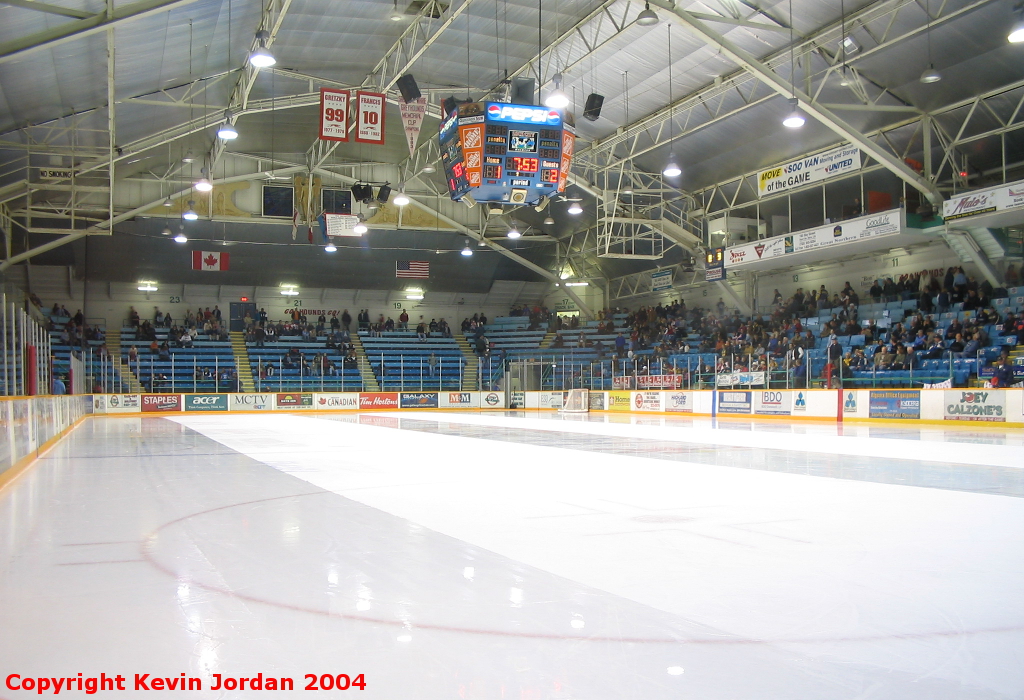 What's the Arena Used for Today?
The final goal scored at Sault Gardens was scored in overtime by the London Knights' David Bolland to eliminate the Greyhounds from the 2006 playoffs. The Gardens continued to be used for the remainder of the minor hockey season, and the last hockey game played at the old rink was by one of the many children's groups that used it throughout its history. As spring gave way to summer, demolition began almost immediately, and the Gardens was ripped down unceremoniously over the summer of 2006. The angel and war memorial plaques and sculptures were moved to the new arena, while the only piece of the Gardens that was spared as it had been was the famous Memorial Tower, which was refurbished and re-dedicated with a historical plaque. The tower's lighted beacon still welcomes the faithful to every Greyhounds' home game, while the rest of the site of the old rink is used as a parking lot for the new one.

The Site of Sault Memorial Gardens 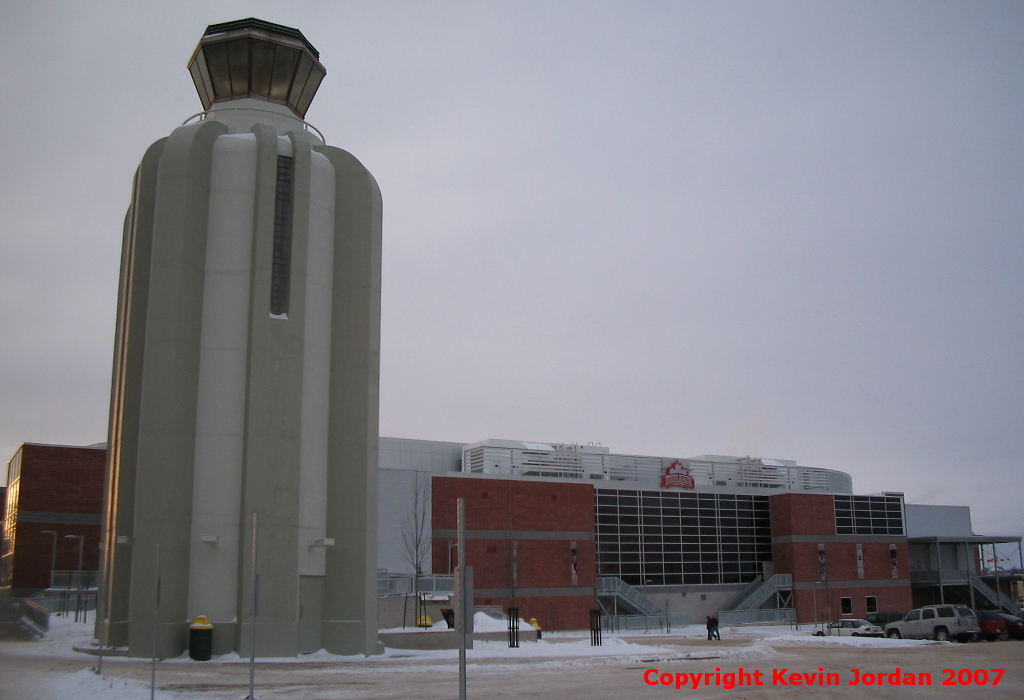 Return to GFL Memorial Gardens
Return to the Main Menu